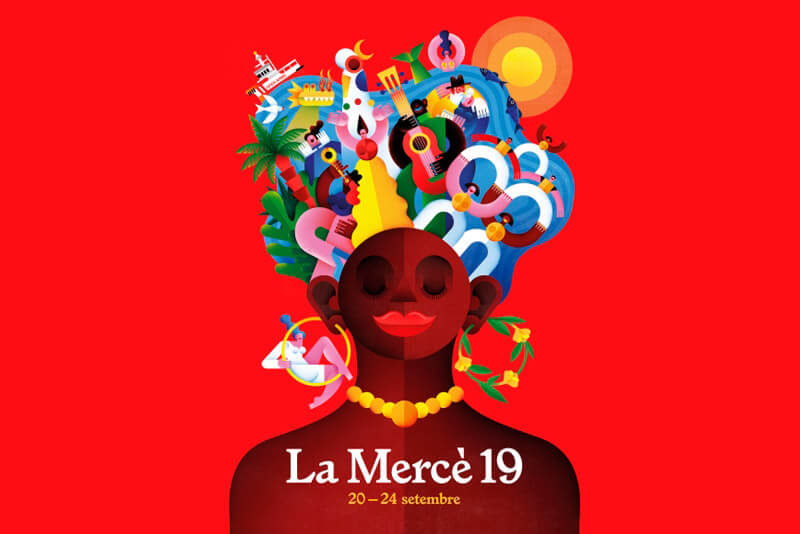 Every year, around September 24th, Barcelona celebrates La Mercè, patron saint of the city, and its Festa Major. A festival of festivals, it draws together between 1.500.000 and 2.000.000 people during its week-long run. Festivities, cultural and artistic, take place throughout the city in differing public spaces.

La Mercè transforms Barcelona into a grand stage bursting with fantasy and imagination. creativity is the driving force behind it, traditions its roots, and music an
outstanding voice. over 600 activities and shows go on during the week with more than 2000 artists and professionals taking part.
The wide artistic endeavour embodies the city’s values. a key element is the involvement of a large number of local groups and associations, with spon- sorship and collaboration from private companies. all events are free.
La Mercè aims to be a reflection of the city itself – enterprising, creative and inventive. Barcelona is a city moving forward with a search for innovation and evolution. the Festival manages to maintain its qual- ity while at the same time it is searching for and pre- senting new trends.

The artists invited to perform at La Mercè are a sample of the city itself (Barcelona being an international meeting point with an 18% immigrant population). They are chosen from the current best shows and performances.
In 2009 alone, artists came from all over the world: Russia, Morocco, the United States of America, China, Brazil, Cuba, Turkey, Pakistan, Australia, Sweden, Algeria, Canada…

La Mercè has an artistic program, with street theatre as the outstanding feature. Dance, circus, bands, fringe, and touring shows make up the bulk of the events; in the evenings, large format installations that combine light and new technology are integrated with fire traditions and pyrotechnic displays.

All in all, it is a proposal of public nature that not only wants to get the magic of performance closer to peo- ple’s differing interests, but also to try more risky, daring and challenging artistic experiences.
This major artistic event has consolidated Barcelo- na’s position over the last years as the perfect meet- ing point for programmers and artists, and in this way has become one of the best stages on which to see some of the most brilliant artistic expression of the moment, right at the beginning of the season. 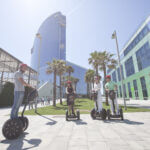 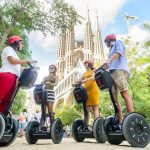 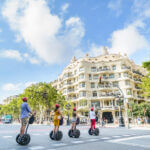 10% discount if you book directly with us

Powered by Convert Plus
×