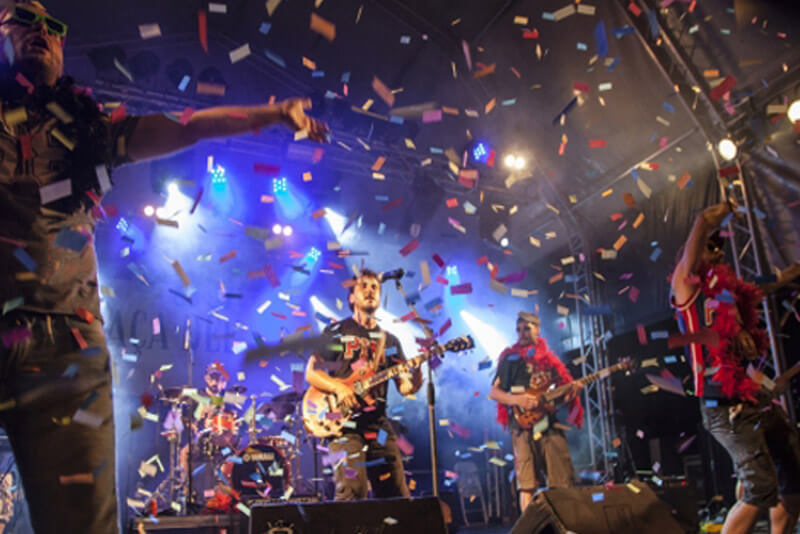 The town of Gràcia was originally a small farming community which, in the course of the 19th century, underwent a big transformation and became an area of workers and small traders. Barcelona’s growth and the implementation of Cerdà’s expansion plan meant it was incorporated into the city but it has continued to assert its own characteristics and its own way of doing things.

Gràcia’s festa major is regarded as the maximum expression of the neighbourhood’s identity and consists of a whole series of celebrations that combine public participation with traditional and popular culture. Residents’ associations, split into areas, organise part of the festival, with each one responsible for its own street or square. The result is almost a week of activities in every corner of the old town, thanks to the contribution of the many Gràcia men and women who are involved.

The Fundació Festa Major de Gràcia brings together the associations that decorate the streets and squares and take part in the festival by organising the dances, concerts, workshops, communal meals and so on.

While the reason for holding the festa major in Gràcia is disputed — some attribute it to Sant Roc, others to the Mare de Déu d’Agost, that is, the Assumption of the Virgin Mary — most see it as the Feast of the Assumption because tradition has it that the neighbourhood is dedicated to the Virgin. Still, the Feast of Sant Roc is also celebrated: local residents pay homage to the saint and the Castellers de la Vila de Gràcia dedicate a pilar d’ofrena to him, in other words, a human offering in the form of a pillar of castellers, in the presence of Gràcia’s festival figures.

The festival’s origins run almost parallel to the town’s urban development. The first reference to it is documented in 1817, when a religious gathering at Can Trilla in honour of the Mare de Déu d’Agost was recorded. It became more established in the 19th century and took on a more civic rather than a religious character, with lots of associations and other organisations helping to organise it.

The origin of decorating streets, balconies and doorways can be found in the tradition of decorating public spaces with branches, trees and flowers on important days. In the 19th century this custom gave way to the first simulated scenes, the precedent for the intricate decorations we see today.